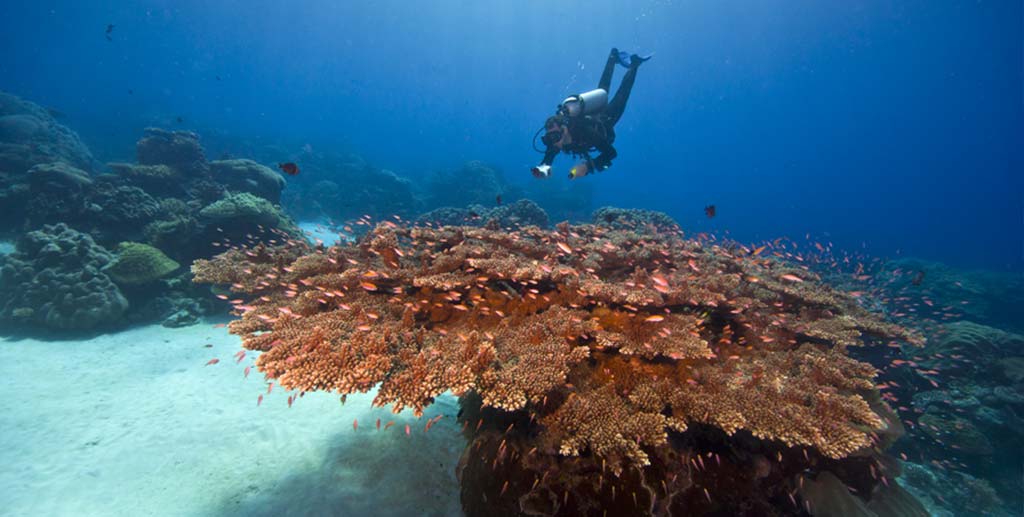 This is an incredibly picturesque site that literally glows from the depths. This is one of the few sites on the island that is not completely covered by complete masses of hard corals and this actually adds to its appeal.

An almost vertical wall of cascading coral with a peninsula of reef that juts straight out to sea with the top of the peninsula at 30 meters in depth.

Here it is an easy drop down the mooring line into a garden of hard coral. Not far from the mooring sits a lime green adhesive anemone complete with popcorn shrimp. Then as you move over to the edge of the reef, tiers of overlapping hard corals cascade down into the depths.

The crevasses all run perpendicular to the shore and can be fascinating to swim within looking for sleeping turtles, beautiful cowries, nudibranchs and flatworms.

Kosrae diving at Shark Island starts with a drifting current that runs you along a very pretty vertical wall of soft corals.

We traveled on an outrigger canoe to dive the Dwarf Forest in the Utwe Biosphere Reserve. The coral is right underneath the mangrove trees. It's an awesome sight. Even a few new nudibranch that we haven't seen before, one was over 6 inches long. Hope you enjoy it as much as we did.

A macro photographers dream. This huge coral head that has split neatly in half, allowing a diver enough room to casually swim through the two halves.

Just a 200 meter walk across the reef flat in front of Kosrae Nautilus Resort, is a large natural hole in the reef flat. 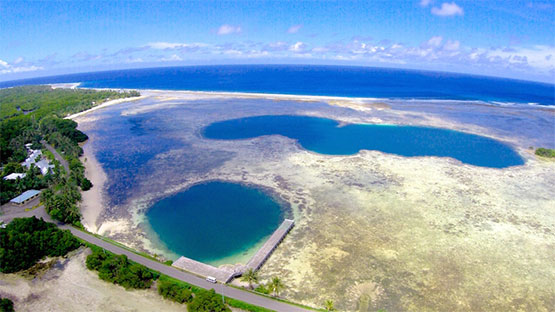